Conceptually speaking, the trade of international goods is physical. So, understanding the logic behind shipping a container of goods from point A to point B is very digestible. However, the sale is not considered fully closed until the buyer has fully paid its due to the seller, and since monetary transfer does not involve physically shipping the money to the seller (that would be cumbersome), there are many financial instruments offered that facilitates the transfer of money abroad. One of which is the bill of exchange, here in this article, we will discuss more on how does a bill of exchange work in international trade.

In theory, a bill of exchange performs similarly with a commercial invoice, whereby the promised amount due to the seller is stated to the buyer. The key feature of a bill of exchange is (1) It’s a negotiable instrument and therefore transferrable, and (2) a bank will surface as an endorser to promote a more secure line of credit than just a standard commercial invoice.

How does a Bill of Exchange Work?

Let’s form building blocks to understand how a bill of exchange works: –

In essence, the bill of exchange acts as a secure line of credit which the drawer (seller) draws for the drawee (buyer).

With a secure line of credit, it becomes a win-win situation for both the seller and the buyer.

This is one of the main reasons why a bill of exchange is used as a trade facility for international trade that supplements the commercial invoice.

Types of Bill of Exchange

There are many forms of bill of exchange, but the main ones are: –

A sight bill often goes hand in hand when a bank is involved in the instrument, once the sight bill is presented to the beneficiary bank, the bank will immediately make the payment and seek reimbursement from the drawee/buyer. The drawee/buyer still has time to settle the payment at a later date, but with an interest charged by the bank.

Difference between Bill of Exchange and Letter of Credit

While both the bill of exchange and the letter of credit exists to facilitate international trade of goods, they perform different roles altogether.

If a trade is made with a Letter of Credit, the beneficiary bank still can remit payment to the issuing bank once the goods are determined to be delivered, at the sight of shipping documents, primarily the Bill of Lading.

However, if the buyer has the liquidity to pay the amount due, they would not need a bill of exchange or a line of credit with the seller.

Here is where the bill of exchange performs its role, as a secure line of credit. It is there chiefly to extend or defer the payment period for shipments backed by a letter of credit.

Negotiability of a Bill of Exchange

A bill of exchange is a negotiable instrument, which allows the payee/bank to sell the bill to another party.

There are two forms of negotiable bill of exchange: –

Once the bill has been transferred, the claim from the bill will later be transferred to the subsequent holder of the bill.

Deferring payment to a later date involves taking risks, specifically, the risk of the drawee to default on its obligation. It may be the case where the payee/bank decides not to undertake the risk of default and therefore transfers the risk of holding the bill of exchange to another willing party at a discount.

Process Flow of a Bill of Exchange

Advantages of Bill of Exchange

In the case where the buyer is seeking to sell the underlying cargo to another buyer, the initial buyer will have the added incentive to speed up to process.

The final settlement will be the present value minus the applicable interest rate the bank imposes the payment due at the maturity date.

Disadvantages of Bill of Exchange

The obvious disadvantage of opening a bill of exchange line of credit is the additional financing cost. The interest from the deferment may be enough to deter buyers and sellers from using such a facility.

We also have to be mindful that there are further administrative costs involved. Bank processing fees and stamp duties all can contribute to financing costs that is material enough to be financially unviable, especially when the invoice value of the shipped cargo is relatively low.

Another considerable disadvantage of a bill of exchange is that, as time advances, there may not be a need for such a facility at all. The civil law allows issuing banks of a letter of credit to simply promise to pay at a later date, without the need of a bill of exchange.

Bill of Exchange currently has to exist in physical form, it may not be the case in the future with the advent of electronic documentation getting more secure and sophisticated. But having a need to present a physical document poses a logistical burden and risks as well.

The bill of exchange or draft may come at a cost, but with the added level of security a bank provides, it may be a justifiable cost. Especially if the buyer and the seller had not established a long-standing relationship as a base.

Moreover, it is a great tool to manage a company’s cash flow. A buyer can defer payment (at a cost) in order to find subsequent local or foreign buyers. This markedly lowers the barrier to entry for buyers to participate in the goods trading business.

At the end of the day, the bill is there to facilitate trade. There are many other forms of trade facilitation, but the Bill of Exchange withstood the test of time and will continue to add value to the supply chain for a foreseeable future. 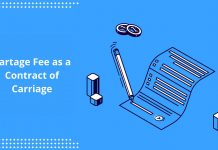 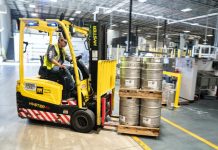 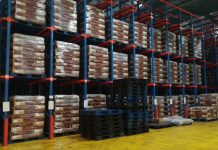 Who Pays for the Letter of Credit Charges?

5 Essential Tips to Choosing the Right Products to Export /...

Pros and Cons of LIFO Inventory Method; An Unbiased View

How are Air Freight Charges Calculated?