It is possibly a question such as this is looming in your mind but was never properly addressed, the question of how long should you keep a bill of lading, or how long a bill of lading is valid for. To begin with, a Bill of Lading serves one purpose and one purpose only, which is to facilitate the proper transfer of ownership of the goods from the exporter, to the importer, via transport service provider intermediaries. Once the transport deed has been done, the outstanding payments have been made, and the importer has received the goods in good order, do the importer and exporter still need to legally keep the bill of lading? If so, how long should they keep it for?

Contingencies are requiring the bill of lading as a supporting document. Here in this article, we shall look into the different situations where keeping a BL for a longer period is the safer way.

Keeping a Bill of Lading for Cargo Damage/Loss Claims

The most common scenario where a BL is required is where there is a cargo damage claim. 3 parties may be responsible for the cargo damage, it could be 1 party or 2 or more parties that may cause the cargo damage.

The key document here is the Original Bill of Lading. Although the period where importers or exporters can file a claim is within 60 days of the transportation, the full process from when the insurance company has opened a case file, to full reimbursement, may take years to get done.

Normally, when an insurance claim is being processed, all the original documents will be surrendered to the insurance adjusters for processing. However, we believe that having a copy of the original BL can provide an added layer of assurance if in case there is another party requesting the supporting document. Here is how we can prepare for that contingency: –

Either way, how long you should be keeping the BL copy is dependent on the period called “time bar”.

Conventional wisdom retains that the bill of lading should be kept for 1 year, but once we look into the terms and conditions of a bill of lading, we noticed that the 1-year rule is not a blanket rule for all types of bill of lading.

For a containerized cargo, whether LCL or FCL, a bill of lading’s term presents that the time bar is only 1 year from the time the cargo is discharged.  But there are cases where the time bar is less or more than 1 year.

A Master Bill of Lading’s term follows common rules such as: –

In a competitive market, the freight forwarders, 3PLs, and 4PLs may entice more cargo owners to use their transportation services by providing competitive shipping terms and conditions.

Hence, we find that if the sole reason for keeping a bill of lading is to prepare for unforeseen events such as a cargo claim against common carriers, then the period you should keep the bill of lading is very much dependent on the time-bar on which the claim can be made.

Keeping a Bill of Lading for Accounting Matters

What if, a bill of lading no longer serves the purpose as a contract of carriage, proof of delivery, and a document of title?

Once a contract of carriage has been performed dutifully, it is now more of a bookkeeping question. Should you keep a bill of lading as an accounts document for bookkeeping purposes?

There are incidents such as a breach of contract, a breach of fiduciary duty, and professional liability claims that require support documents.

The general rule of thumb is to keep supporting documents 1 year beyond the statutes of limitations for the claims above, which is for 7 years.

Discarding records has a wide range of problems that extends beyond the period of cargo carriage. There are also potential legal and tax claims which the cargo owner should prepare for. Therefore, we believe that instead of keeping a bill of lading for 1 year, it is safer to keep the bill of lading for 7 years. 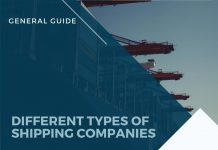 Types of Shipping Companies in the World 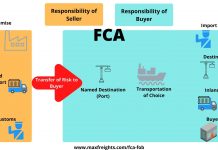 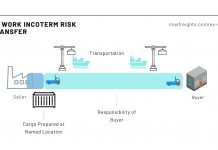 5 Essential Tips to Choosing the Right Products to Export /...

What is a House Bill of Lading?

Can a Bill of Lading be Amended?