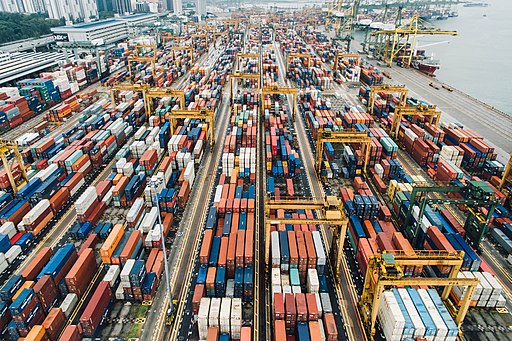 Have you heard the phrase, “s**t happens, and there is nothing you can do about it”? This is the equivalent motif behind the term Force Majeure, a French way of saying there are forces outside of our control that deters us from fulfilling our contract. To spare your time going through the article, here is the short answer on whether Port Congestions is a Force Majeure:

It depends on the circumstances. For a Port Congestion to be a Force Majeure, (1) it must cause hindrance that it is impossible to perform the contract, (2) the carrier is not negligent in its duty, (3) the congestion didn’t exist at the date of the contract.

Anything can happen that will make the contract unenforceable, the number of services providers along the supply chain also compounds the problem of non-contract fulfillment.

As a lot of money is involved, Force Majeure is clearly defined in the contract of carriage, or better known as the Bills of Lading in shipping, and the Marine Cargo Insurance.

There are millions of dollars damages claims at stake, it can reverberate up and down the supply chain up to the manufacturer’s claimed loss, as a failure in delivery also means a failure in manufacturing.

There have to be systems and definitions in place, where stakeholders have a clear understanding as to what disasters are considered a Force Majeure and what is not.

Studying all the many variations of definition to what constitutes to a Force Majeure can help us clearly answer when Port Congestions are Force Majeure, and when it isn’t.

Here is what we found out.

In French law, to qualify an event as Force Majeure, the event preventing the performance of the contract needs to be both unforeseen and irresistible.

The English law is rather vague about its definition, some conclude that Force Majeure is an event that constitutes a legal or physical restraint on the performance of the contract that is both unforeseen and irresistible. One caveat is that the event must be not caused by negligence, omission or default of the contracting party.

Additional Reading: Terms and Conditions of Bills of Lading

BIMCO, the Baltic and International Maritime Council, detailed a list of events that are Force Majeure, it is, however, not an exhaustive list: –

(a) war, whether declared or not, civil war, riots and revolutions, acts of piracy, acts of sabotage;

(e) explosions, fires, destruction of machines, of factories, and of any kind of installations; boycotts, strikes and lock-outs of all kinds, go-slows, occupation of factories and premises, and work stoppages which occur in the enterprise of the party seeking relief; acts of authority, whether lawful or unlawful, apart from acts for which the party seeking relief has assumed the risk by virtue of other provisions of the contract;

We later found out that there are 4 statements of events that sift and determine whether an event is Force Majeure or not.

The Court always rules the enforceability of cessation of contract due to Force Majeure by looking into the four statements of events above. In this blog, we will look specifically at Port Congestion as a claimed Force Majeure event.

Port Congestion as a Force Majeure

In the Navrom v. Callitsis Ship Management S.A. (The Radauti). There was a delay in cargo discharge at the port of Tripoli.

Prior to the Navrom’s shipment, it has been well known that Tripoli has suffered from congestion for a number of years.

An argument was stated that since the hindrance and delay of the discharge is a foreseeable event, it is therefore not considered as a Force Majeure.

However, the court ruled that the likelihood of congestion was irrelevant, and therefore ruled in The Radauti case that it is indeed a Force Majeure. And “The foreseeability of the congestion does not justify an unusual or restricted meaning of the word ‘hindrance’.”

There can never be a timelier example. In light of the recent outbreak of COVID-19, there are huge labor shortages that contributed to massive port congestion at Zhousan. It is a strong case of Force Majeure as the congestion, despite foreseeable, caused hindrance and delay to delivery.

Port Congestion Due to Strike

It is difficult to clearly define what actions are “Strike” and what is not, “Strikes” generally refers to stoppages of work by men at work in attempts to improve general work conditions, or giving protest or sympathy to other endeavors.

The real question, is does the delay due to a consequence of strike a Force Majeure?

Firstly, the strike has to make the contract carriage physically and legally impossible to perform. Whereby the time lost from strike directly impacted the ability of the charterer to perform its contracted duties.

Secondly, we have to ascertain that the carrier is not negligent in carrying out its duty. One way negligence can lead up to the inability to perform a contract is where the carrier may have arrived at destination later than expected and coincided with a “Strike” occurring at the destination port.

Thirdly, we need to know if the “strike” had already existed at the date of the contract. If all parties are knowledgeable of the strike or war occurring before carrying out the contract, the carrier or charter-party cannot invoke Force Majeure due to strike.

Lastly, the “Strike” occurring when performing the contract has to be unforeseeable.

Foreseeability of a “strike” or even the port congestion for that matter always requires proof.

Even then it is up to the court of law to determine whether the weight of the foreseeable circumstance is significant to invoke Force Majeure.

There are clear cut scenarios however where the circumstances are foreseeable but the carrier did not diligently perform its duties to avoid its consequence. If a carrier is well aware of the potential bad weather and peril at sea is imminent, the carrier can’t invoke Force Majeure as the weather was foreseeable.

Generally speaking, it is when the consequences of a strike, such as Port Congestion: –

That the port congestion or strike is a Force Majeure.

After all that has been said, not all circumstances of Port Congestions are alike, to determine if a Port Congestion is a Force Majeure, we need to understand the situation leading up to the congestion.

There are systems and laws in place in order to protect the liability of both contracting parties of the carriage.

So, the court of law will always have the final say. After all, rules are never perfect, there is always room for improvement or situations unforeseen that may improve our understanding and enforcement of Force Majeure.