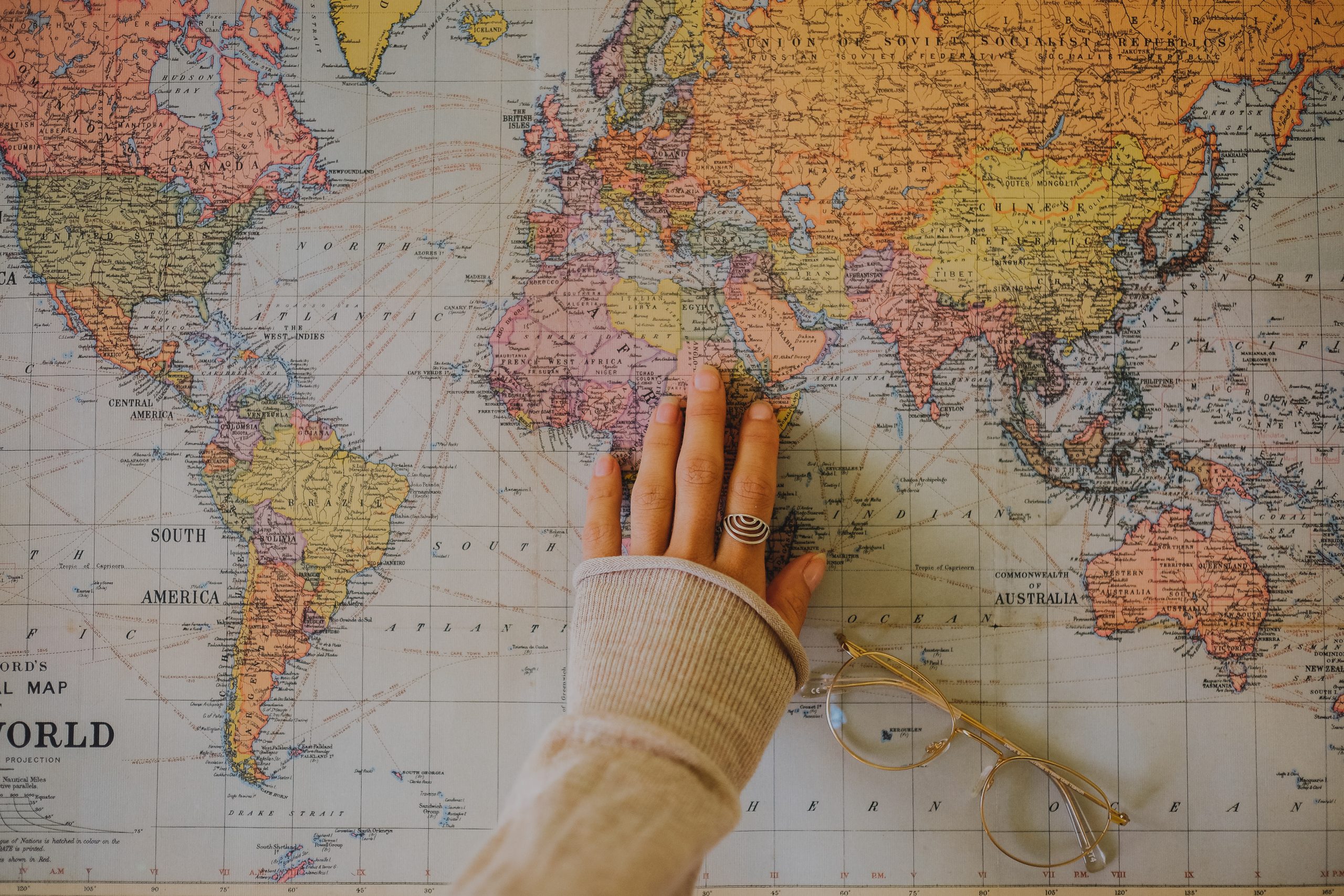 THE FINE PRINTS OF THE BILL OF LADING

With regards to the limited liability of the carrier, the limitation clause seems fortuitously one-sided, benefiting the carriers.

The Contract of Carriage is the bedrock of all international sea transport regulations. It is the basis to resolve any dispute during the fulfillment of the port to port delivery service.

As global logistics become more and more nuanced and advanced, it is important to know what you are getting into when you first endorse the Bills of Lading. Any logistic service providers or veteran traders need to heed to all of the terms and conditions set forth in the Bills of Lading.

This coverage serves as a guide to the subtlety of a Bill of Lading, the different requirement of sea transport require different forms of Bill of Lading. In addition, to understand the key regulating laws of the Bills of Lading, and most importantly avoid pitfalls that can cost you losses during cargo carriage.

But if you don’t wish to read this whole article, here is the short version

WHAT DOES A BILL OF LADING REPRESENT?

Simply put, a Bill of Lading serves three purposes, you are more than welcome to skip through this part if you have already done some homework studying the implications of a Bill of Lading, this part may seem repetitive but it’s the basics worth 5 minutes of your reading time.

Conventionally, the Master Bill of Lading shipper details represent the initial cargo owner and the Consignee represents the whom the cargo is transferred to.

Note that a Bill of Lading does not represent the ownership of goods per se, it only represents the possession of the goods in transit. Let’s try to recognize the subtle difference between ownership and possession. In legal terms, a tenant possesses the rented property whilst the owner owns the property and has the right to sell, buy, furnish, or even cancel the rental agreement.

In reality, however, the shipper and consignee may not represent the actual purchaser or the seller of the goods. Bill of lading can be prepared to the order of the bank when a Letter of Credit is in use. The Letter of Credit utilizes the Bank as a facility as a guarantor of payment by the shipper with a nominal fee. Logistic Consolidators may appear in the shipper and consignee column as the service providers are the main contractor with the carrier.

Function 2: Evidence of Contract of Carriage

Contract of Carriage means the agreement between shipper and carrier to engage in the transportation of goods.

This is a distinctive fact because a shipper cannot change the terms of the contract of carriage once the Bill of Lading has been issued by the Carrier. If a new contract or term of affreightment is negotiated and agreed upon, the shipment will not commence.

In this instance, depending on the INCOTERM (Insert Link), it is the shipper’s responsibility to choose the suitable carrier with the right terms of the contract because the shipper represents the consignee’s interest in the contract of carriage.

Draft Bills of Lading, outlining every minute details are scrutinized by the Carrier and Shipper with due care before issuing any Bill of Lading.

A key reason why Bills of Lading are mostly issued once the cargo is “shipped on board”, is that the carriers generally will survey and inspect the cargo just before loading of the cargo.

This is to make sure that the cargo is not damaged by stevedores, warehouse operators, or any other parties that may expose the carrier to claims of cargo damage.

WHAT ARE THE MAIN TYPES OF BILL OF LADING?

Here is where things get more nuanced. There are several types of Bill of Ladings and each of them is suitable for different transport scenarios considering the three major functions listed above.

Many sources have categorized in-depth the different sorts of bill of lading and its key feature will not be discussed at length here, but let’s brush up with the must-know facts about the two main types of Bill of Lading.

Picture this scenario, your container load of steel is transported from Shanghai to Taiwan, the transit time for a 597 nautical mile distance is 3 days. In the case of a Original Bill of Lading, 3 original copies of Bills of Lading are issued only when the cargo is on board of the vessel, and the receiving party must present the Original Copy of the Bill of Lading in exchange for the cargo shipped.

You can either courier the document and pray to the Gods of Zephyrus that there is no delay, you can fly to Taiwan and personally hand in the original Bill of Lading. It seems cumbersome, not to mention the cost of detention and demurrage (explained here) that you will potentially incur.

Fortunately an Express Bill of Lading, in its many forms, facilitates the trade so you do not have to go through the hassle of handing over the original document.

To Order Bill of Lading

One particular scenario that makes this form of Bill of Lading useful is when trust between two contracting parties is not established yet, the shipper may request payment in the form of 50% cash upfront, and 50% paid with a Letter of Credit. It’s a facility where banks underwrite the risk of default and pay to the shipper for the cargo on behalf of the consignee.

A Bill of Lading, functioning as a document of title, can be used as a leverage for the bank and therefore banks always request for the Consignee be labeled “To the Order of ACME Bank”.

In terms of documentation, to safeguard all four parties, the carrier, the shipper, the consignee, and the bank. It is a safe practice that original copies (3) of the Bill of Lading are endorsed by the named entity in the Bill of Lading and surrendered to the Carrier for delivery.

UNDERSTANDING YOUR RIGHTS IN THE CONTRACT OF CARRIAGE

Your Bill of Lading comes with an eye watering 6000 word terms and conditions (trust us, we guesstimated).

Essentially, these three rule’s form the terms of contract in the scope of:-

Most countries ratify the Hague-Visby 1968 Rule, which is an amendment to the Hague Rule 1924. The Hamburg rule, despite being more recent has not been widely ratified yet.

Malcolm McLean, and American truck business owners at first, pioneered the era of containerization in the 1950s. This newfound homogenised way of transporting cargo changed the way sea transportation is operated by drastically cutting the loading time and increasing the safety of maritime operators. More importantly, it facilitates inter-modal transportation via carrier, rail and road transportation.

The Hamburg Rule 1978 was developed at the request of developing nations to have a “level playing field”, in a nutshell, extending the scope of the Bill of Lading for inter-modal transport.

This differs from the Hague and Hague-Visby rule where the burden of proof lies solely on the responsibility of the merchant/shipper.

This seems like a good replacement for the already outdated Hague-Visby Rule. Nevertheless, looking through the 6 major Vehicle Operated Common Carrier (VOCC) base on TEU capacity paints a different picture.

5 Major liner companies based on TEU capacity as at 2016, and it’s governing rule

Referring to myseatime.com information flowchart outlining the Application of Hague-Visby Rule, it also explains why Carriers opt to stick to the Hague Rule.

Weighing among the three Rules, the Hague Rule seems to favor the Carrier the most. There are provisions where the carrier’s duty is not clearly defined, and the carrier’s liability exemption relating to negligent navigation and management of the ship is appalling.

Particularly in Article IV: Rights and Immunities, Para 2(a)

Mind Blowing, and yet the top 3 carriers in the world apply this rule dating back to 1924, if the contracting state or the port of loading does not ratify the Hague-Visby rule, the shipper has no choice but adhere to the terms of the Bill of Lading.

THINGS TO DO TO AVOID THE PITFALLS OF IMPORTING AND EXPORTING

1. Read the terms and conditions of the Bill of Lading

It is important for you to understand your country’s Maritime Law and also take the time to read through the terms and conditions of the Bill of Lading.

2. Adhere to the proper standards of cargo loading procedures and other regulations

A laden cargo container passes through the truck operator, carried and staged at the port by the crane operator, hoisted into the carrier by a gantry operator, inspected by the shipmates.

Any point of contact of the container by these operator poses a risk if the cargo is not loaded and secured properly in the container, or adhere to the maximum weight capacity of a container. Knowing so, merchants/shippers play an integral role at the beginning of the supply chain to ensure that there will not be any unwanted cargo loss or damage claim issues.

3. Get the Right Cargo Insurance

If there is no insurance for your cargo, the goods are generally covered by the limited liability of the carrier outlined in the terms of the contract in the Bill of Lading, which is not much.

Under the Hague-Visby rule, the limited amount of damage claims does not exceed SDR 666.67 per package or SDR 2 per kilogram of the gross weight of goods lost or damaged, whichever is higher.

Marine Cargo Insurance mitigates this risk, the marine insurance cost is based on the cargo value insured. Hence, potentially you can recover the loss or damage of your cargo at a fraction of the cost.

You won’t find many issues from trading with major ports like Singapore, Shanghai, Los Angeles, Hamburg, or Malaysia. Carriers and Port Operators are symbiotic, the more advanced or accommodating the port conditions, the less prone carrier ships are to errors in navigation and berthing.

On the flip side, the deal that you struck in Iraq requiring you to utilize the Port of Al Faw, may not seem like a wise choice. A war-stricken country (at the point of this writing, world peace is always a possibility) may not have the safest port to berth in. One particular clause in the Hague Rule 1924 specifically outlines the exemption of liability from acts of war. Why take the risk?

The International Maritime Bureau (IMB) report that piracy in 2018 has increased. 143 vessels in that year alone. Pirates currently are reigning in the Gulf of Guinea, regions of Indonesia, and north of East Malaysia.

We are not saying that you should constantly live in a state of paranoia, thinking that your cargo is in an impending disaster. We are saying that we all should be extra diligent when it comes to international trade especially if some of the internal red flags warn you that the risk may not be worth it.

That internal red flag can only be honed by reading the fine prints and understanding the country’s maritime law as we mentioned.

It is safe to conclude that carriers hole the upper hand when it comes to the terms of contract of carriage. But the by being diligent, careful, lawful and accurate with our trading process, we can mitigate, to a certain extent, some risk that dooms our business. We hope this general guide is helpful for you.