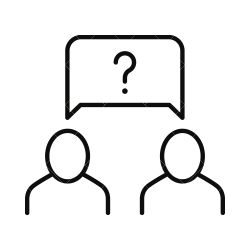 A Consular Invoice is a documentary of proof of invoice value that is approved by the consulate office, which is a representative of a government stationed in foreign soil. It is different from a normal commercial invoice as the consular invoice receives the certified approval from a reputable source. It is a form of visa, only that it is a visa to certify the authenticity of documents.

The World Trade Organization endeavored to abolish the requirements of consular invoices for import, although to a varying degree of success. In this article, we will not only look at what a consular invoice is, but also how it is acquired, and what the WTO did to eliminate it.

What is a Consular Invoice?

As we briefly described above, a consular invoice is a form of formality that requires the exporter to have shipping documents be endorsed by a consul officer. Some examples of those documents are commercial invoices, certificates of origins, bill of ladings and shipping manifests.

Applying for a visa takes time and money, there is a lengthy application process, forms to be filled, followed by a waiting period. On top of that, a certain fee is imposed on the consulate’s endorsement.

This is very much similar to applying for a consular visa for documents or much more known as the consular invoice.

The main purpose of an approved consular invoice is to ascertain that the value of goods for transport is declared accurately for customs purposes and that there are no misrepresentations by the exporters.

Most developed countries, in broad strokes, do not require a consular invoice for cargo importation during the 1950s. However, certain permutations exist where countries then still maintain the need for a consular invoice, albeit based on certain criteria such as: –

“The rules proposed by the Working Party differ in several respects from those contained in the Sixth Session draft. The most important changes are the introduction of a $100 exemption limit for consular invoicing formalities and provision for certification by alternative authorities in cases where there is no consular representative in the exporting country.”

It was evident that the WTO sees the necessity of a consular invoice as a form of trade barrier. Since the WTO’s purpose is to establish promote international trade safely and sustainably. The WTO views that the abolishment of the consular invoice requirement will certainly incentivize global trade.

Consular Invoice as a Way to Authenticate Commercial Value

However, to appease nations that have been practicing consular visas, they had to reorganize and establish how to value goods for customs purposes. And this is no easy feat.

Before the revision of GATT (General Agreement on Tariff and Trade), which has the purpose to provide structures to promote trade, such as the Tariff Code or the Harmonized Tariff Code

, many countries subscribed to the Brussels Definition of Value (BVD)

The BVD sees that the commercial value used for customs purposes should be at the “normal market price” or “the price that would fetch in an open market”.

Now, this poses a serious issue, if the commercial sales value is determined at market rate, how do importers profit from selling them at market rate?

What about quantity discounts?

What about product differentiation?

It cannot be true that the importers buy cargos at an “Open Market” price, there wouldn’t be any incentive to purchase.

Hence under the new GATT revision, which is a paradigm shift of the way the value of goods is determined for customs purposes.

Article VII of GATT stipulates that: –

In short, the new definition of value is based on the commercial value declared. Hence the phrase “Willing buyer, willing seller”.

The GATT positions themselves away from the necessary complexity of having to determine an accurate value of goods, and rations that the price is market-driven and the customs officer does not have the necessary information to dictate the “Open Market” value.

There are certain guidelines that a customs officer can apply to validate a declared customs value, we will not go into detail about the methods of valuation, it is documented in depth in the WTO website

. But here are the 6 methods of determining transaction value

So What Does The GATT Valuation Mean for Consular Invoice?

With the new GATT valuation method in place, and ratified by most participating members of the WTO, it means that there wouldn’t be any use for a consular invoice; it has become obsolete.

The customs officers now only need to refer to the commercial invoice in order to determine the accuracy of the value of goods, supported by the 6 methods that GATT has determined above.

There are other documents such as the certificate of origin that requires a consular visa, that has also been abolished by most participating nations.

That being said, there are certain developing nations that still reserves the right to request for a consular invoice as a document of support for the commercial invoice value.

For example, Haiti still requires a consular invoice for the import of equipment, machines, and machinery for international companies stationed in Haiti, on condition that the machinery used is strictly for the production of goods for export only.

Difference between a Commercial Invoice and a Consular Invoice

Another difference is that a consular invoice has a stamp of approval given by the consul officer, whereas the commercial invoice doesn’t.

However, it is important for exporters to consult a freight forwarder or logistics consultant whether the consular invoice is needed prior to export.

One thought on “What is a Consular Invoice? Is it Even Relevant?”