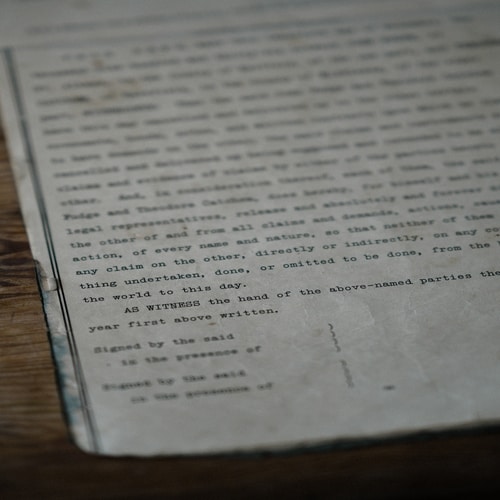 Let’s look at what are the conditions for the issuance of a delivery order.

Conditions to fulfill for a Carrier to Issue the Delivery Order.

The issuance of delivery order always occurs after the Bill of Lading is endorsed and surrendered back to the carrier.

First and foremost, if a shipment’s named consignee is the actual intended importer and not the freight forwarder, the Bill of Lading is a Master Bill of Lading, where there are no third-party intermediaries involved in the logistics shipment.

Hence, different Bill of Ladings will have different ways of “surrendering” the bill of lading.

If a shipment is arranged with an original bill of lading, this means that there are no copies of the bill of lading circulating among the shipper/consignee or logistics service providers.

All of the copies of the original bill of lading has to be surrendered physically to the shipping agent in order for it to be deemed “surrendered”.

There are usually 3 copies of the original bill of lading, in which case all three copies have to be surrendered to the shipping agent.

When that is processed, only then the shipping agent will issue the delivery order to the named consignee or their appointed agent

Not only that, but the back of the Bill of Lading has to be acknowledged and endorsed by parties below: –

The waybill of lading endorsement works is simple, the parties above have to chop sign with their respective company stamp, accompanied by a signature of a qualified person at the back of the bill of lading.

In some cases, the appointed agent does not appear on the consignee, or the notify party section of the Bill of Lading. So, the carrier needs an added level of confirmation with a Letter of Indemnity from the consignee. This is to prevent liabilities and damages from releasing the cargo to the wrong party.

Once these conditions are fulfilled in an original bill of lading arrangement, the carriers will proceed to release the cargo with a delivery order.

Seaway Bills, on the other hand, are relatively simpler to surrender in exchange for a delivery order.

When a shipment is arranged with a Seaway Bill, the carrier does not issue original copies of the Bill of Lading, which makes the documentation process of the transport easier and faster.

This is advantageous if the transport arrangement is a short sea shipping, or if there is a high degree of trust between the shipper and the consignee.

Shipping agents only release a delivery order after the shipper has instructed them to do so, and all that’s left to do for the consignee or the appointed agent is to clear all outstanding payments of shipping charges to the carrier.

The Delivery Order is Issued When Outstanding Payments are Settled

The carriers are in a position where they can carry business in a manner similar to a cash on delivery business.

Similar to any brick-and-mortar service, like a grocery store, you get to walk out with your groceries after you have paid the store, cash or card.

In the ocean carrier’s case, the service includes: –

Usually, the carrier will issue a notice of arrival, and a tax invoice of those laundry lists of charges relevant to your shipment. That way, the person responsible will be able to settle the outstanding payments upfront before the release of the delivery order.

Once the outstanding payment is done, the carriers will in turn issue the delivery order.

When E-Delivery Order is issued

Not long ago, delivery orders were in physical documents and the payment of outstanding fees are settled in physical cash or cheque. That is a thing of the past.

Most major countries with a busy port operation practice what is called an E-DO release (Electronic Delivery Order Release).

If a shipment is not arranged with a seaway bill or telex release bill, instead of an original bill of lading, the appointed agent or the consignee does not have to physically go to the shipping agent premise to collect a delivery order.

Additionally, the outstanding payments can be made online, the appointed agent or the consignee need only prove to the shipping agent with a payment slip, and subsequentially, the shipping agent will notify the terminal operator of the E-DO release and update into a terminal system to notify the consignee or the appointed agent.

Depending on the country, a shipping agent will have different methods of releasing an E-DO. All we need to know is that the delivery order is issued electronically and we will be notified accordingly.

The carriers follow the same conditions as we mentioned above to release a delivery order. So, there is no difference in procedures in an EDO release and a standard Delivery Order issue.

Are Delivery Orders and Delivery Note the same?

Depending on your domestic naming convention of a delivery note. But conventionally, the delivery order is a document prepared by the carrier only for the conditions above. Whereas the delivery note is reserved for the final leg of delivery.

A delivery note is a document where truck operators use as both a delivery instruction and proof of delivery.

Can Freight Forwarders or NVOCCs issue a Delivery Order?

Between the carrier and the consignee or the appointed agents, the delivery order represents that the contract of carriage is ended and that the document of title is transferred to the responsible person.