Accidents happen, but what happens if you can anticipate the accident and do some damage limitation?

Like cancer and chemotherapy is only a way to remove the infected cells, vessel captains sometimes have to make sacrifices for the common safety. Vessel Captions declares general average in times of crisis like this

Whether it be the jettisoning of cargos to ballast the vessel, beaching the vessel to stop sinking or detouring to a port of refuge due to weather damages, the general average rule states that the cost of avoiding catastrophe is shared between all stakeholders of the voyage.

The general average is unique to maritime transportation, as standard vessels operate at a slow 25 knots per hour, there is room for reaction to circumstances.

There are four salient features of general average

Sacrifice and Expenditure are different in General Average. This is explained in detail in the York Antwerp Rule 2004, not all expenditures can be taken into account to the total General Average cost.

Some Rules for Sacrifices in the York-Antwerp Rule:

Some Rules for Expenditure in the York-Antwerp Rule:

Notice that expenditure or loss that are indirect such as demurrage charges, pollution cleaning charges, cargo delay loss are not included as expenditure in the York-Antwerp Rule.

The Process of General Average

All parties affected by the sacrifice have to be notified. Then, an Average Adjuster is appointed to calculate the cost of general average and make a statement. It is important that the Average Adjuster act impartially because they are not only entrusted to determine cost but also entrusted to sift through claims and resolve disputes.

Surveyors are appointed also to assess the damages to the vessel and cargo, they have skills that differentiate themselves from Average Adjustors because they determine a nominal value to the damage cost.

Average Adjustors rely on the Sea Protest report, prepared by the vessel’s captain, to determine events that lead to the declaration of General Average. This report also helps adjustors investigate the captain’s action after the sacrifices are made.

Average Bonds are distributed to the cargo owners involved to establish a mutual understanding between shipowner, insurance adjustors and cargo owners that all cargo details are shared without reserve to assist in the adjustments. The Average Bond also serves as notice to cargo owners that they are obligated to contribute to general average.

General Average Guarantee is also another document ensuring that the cargo owner will contribute to general average. The cargo in the inflicted vessel will only be released to the cargo owner if this document is signed.

Shipowners have to fulfill their obligations spelled out in the Bills of Lading, in order to justify a general average claim. For example, if the shipowner did not fulfil the obligation to maintain the vessel’s seaworthiness to an acceptable degree, any extraordinary events and sacrifices may be determined by the Adjustors as negligence of the shipowner.  Cargo owners also have to fulfill their obligations per the terms of Bills of Lading.

In a shipment normally there are two or more parties involved, it is important to determine who is the actual cargo owner before laying the responsibility of general average contribution to them.

We need to examine the agreed INCOTERM between the shipper and the consignee. Normally, the cargo is transported either in Cost, Insurance and Freight (CIF) or Free on Board (FOB).

If the shipment’s INCOTERM is CIF, a document of title has yet to be transferred to the consignee, hence the ownership of the cargo is still with the shipper.

If the shipment’s INCOTERM is FOB, the shipper’s responsibility is to stage the container up to the Port of Loading, while the consignee is responsible for freight arrangements. Therefore, cargo ownership has been transferred prior to stowing the cargo onto the vessel.

Once the cargo owner is determined, they hold the responsibility to contribute to general average. In this case, they will be the signatory of the General Average Bond and General Average Guarantee.

There are two key variables that determine the cargo owners’ contribution.

In simple terms, contributory value is the percentage of value each stakeholder contributes to the total value of the adventure.

Once the cost of salvaging the vessel, jettisoning the cargos, putting out fires, floating the vessel, barging or berthing on a port of refuge, has been summed up by the Average Adjustors, all stakeholders will contribute an amount that is proportionate to the contributory value.

Here is an example in the ACME Pet Food Ltd cargo owner’s perspective.

In this simplified example, ACME Pet Food Ltd will have to pay USD 100,000 in order to release the cargo, as the Average Bond and General Average Guarantee terms of agreement.

In this simplified example, ACME Pet Food Ltd will have to pay USD 100,000 in order to release the cargo, as the Average Bond and General Average Guarantee terms of the agreement.

General Average Law is 3000 years old and it is a system still applied today, there are no viable alternatives to this practice.

Understanding the financial risks of general average is supposed to help inform cargo owners of the value of insuring your cargo with marine insurance. The worst-case scenarios for cargo owners are that they suffer financial loss from non-delivery of the cargo, pay a general average amount that is too much a burden to them, or even bankruptcy.

Cargo owners are also responsible for the proper declaration of goods transported. Especially if the cargo is a form of dangerous goods.

General Average is simple in its concept but Average Adjustors do have an unenviable job of negotiating and determining the total salvage cost. Perhaps the best way to conclude is with a warning; 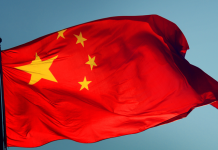 How to Start a Logistics Company in China 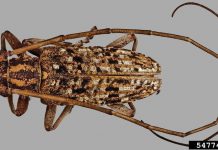 What is a Phytosanitary Certificate in Logistics? 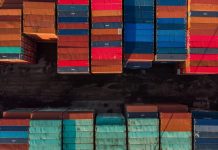 Which Countries Need a Certificate of Origin?

What to do if the Original Bill of Lading is lost?

Who Pays for the Letter of Credit Charges?

When is a Delivery Order Issued?