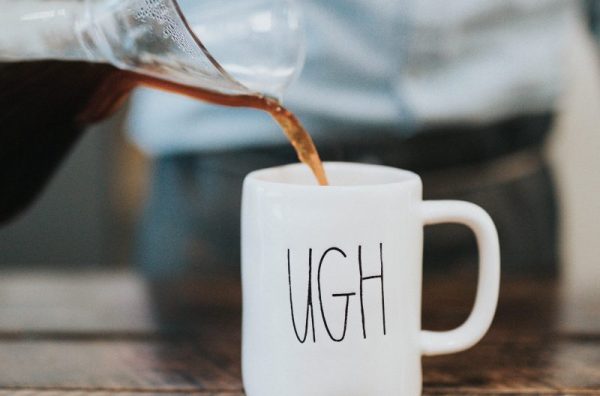 As a consignee, don’t you think it’s scary that you can only prove your ownership of cargo container, carrying precious cargo, valuing in thousands of dollars, by just one piece of paper.

Furthermore, this particular paper cannot be duplicated, copied or emailed. I’m sure your immediate thought is, what happens if I lost that piece of paper?

Well, it is a really costly mistake. This misfortune can affect the Freight Forwarder, Shipper, Carrier, Banks and Consignee alike.

You need a proof of ownership from the shipper in the form of an Authorization letter, you need to indemnify the carrier with a Letter of Credit from any consequences of wrongly releasing the cargo to an unauthorized party, and you need an endorsed bank guarantee to guarantee carriers some form of monetary compensation for cargo misdelivery.

For the most part, the Shipping Liners go to lengths to protect themselves from damages in the event of a lost Bills of Ladings. They do so by mandating bank guarantees and Indemnities. Even so, it is entirely up to the shipper carrier’s decision whether to release the cargo to you or not.

The Consignee’s job is to prove you are the genuine owner of the goods and back yourself with a money guarantee. The Carrier’s job, on the other hand, is to be sure that the cargo is released to the correct party.

We will dive further into how to handle this situation and how can we best prevent such situations from happening.

What is the next step?

So you have lost your Bills of Lading, what is the next step?

Panic. Call your spouse and confess your love. Cease your company’s operation. Pray to the Gods of Documents and offer sacrifice in return for finding the missing BL.

Well, before you do that, let’s run through a checklist of things to do first.

Firstly, notify your shipper, there may be more than 1 original copy of BL, and your shipper may show mercy and give you his copy to clear the cargo.

You can also cooperate with your shipper to surrender the Original Bill of Lading at the Port of Origin and arrange for a Surrender Bill of Lading. This is the case, you can use a copy Bill of Lading to release the cargo from customs.

The shipper must have some incentive to release the Original Bill of Lading at the Port of Origin, in some instances the cargo is purchased with a 50% deposit upfront and 50% upon receiving the cargo at Port of Discharge.

Settling the cargo payment in full could be enough incentive for the shipper to release the Bill of Lading and arrange for a Surrendered Bill of Lading.

If the two options above are out of the question due to a myriad of reasons, we need a new set of Bill of Lading. Only the shipping carrier can issue a copy of the Bill of Lading.

Hence, we need to know what the carrier wants in return for a copy BL. Here are some of the documents required:

What type of Bill of Lading is that?

Original Bill of Lading is issued with the standard 3 original copies, 1 for the shipper; 1 for the consignee and 1 for the bank. Now, it is not necessary to surrender all 3 Original BL to the carrier before it releases the cargo to its rightful owner, but if one of the BL is surrendered, the rest of the original copies will be deemed null and void.

If your Original BL is lost, can you request for an additional original copy issued by the Port of Loading as a replacement of sort?

No, not without the proper procedures we have listed above. The number of copies issued is printed on every Bill of Lading. This cannot be practiced because imagine if there is an imposter pretending to be the actual consignee and forged original documents, requesting for an additional copy Bill of Lading. If it is printed, the cargo will be released to the wrong party.

Unless a court order is issued mandating the carrier to issue a new original copy of BL, carriers generally will not issue a new copy.

Telex Release or Surrender BL or Seaway Bill permits the carrier to release the delivery order to the named consignee without presenting the original document. So, a copy of the Surrendered BL is sufficient proof of document of title. If a copy of this BL is lost, we just have to print another one.

House BL is issued by a Freight Forwarder; hence, the contract of carriage is not between the carrier and you, but between the freight forwarder and you. Therefore, it is the responsibility of the freight forwarder to hold the Master Bill of Lading as a document of title. You need not worry about submitting an Original Master BL to the Carrier as this has been taken care of.

“To Order” Bill of Lading are issued mostly to involve the Banks as an intermediary payment master. Losing an Original “To Order” Bill of lading can be tricky as the terms of the Bill of Lading is structured strictly to the requirements of the Bank, backed by a Letter of Credit. Without the Original Bill of Lading, consignees are not able to clear said cargo, without cargo clearance, banks are not able to process the documents at sight for payment remittance to the shipper, and shippers are not paid for the cargo delivery despite fulfilling their export responsibilities.

On matters of Letter of Indemnity

Carrier’s liabilities arising as a consequence of misdelivery is not covered by the P&I insurance, hence the delivery of cargo without the production of a BL is a risk that carriers take. So, the logistics industry practices accepting an LOI to indemnify the carrier, and its agents, of any damages received from cargo misdelivery.

Carriers may request both the shipper and the consignee for separate LOIs, since the negotiable BLs are negotiable and therefore transferrable, carriers do not know of the commercial title owners of the goods and rely exclusively on the Bill of Lading as proof of ownership.

Cargos can be traded many times over during cargo transit. Therefore, carriers have every right to request for an LOI from the shipper and from the consignee in order to avoid third-party claims to the goods.

The Courts decide the legal enforceability of the Letters of Indemnity, as there are no clear outlines of the legitimacy of an LOI. So, it is advisable to consult a legal expert to make sure that the LOI is properly worded and descriptively accurate, despite the fact that most LOI formats are provided by carriers.

Another party involved in the LOI is the bank, they provided added security for the carrier of the consignee’s creditworthiness. Banks countersign the LOI not to authenticate the signatures of the consignee, but to act as a guarantor undertaking the monetary risk involved.

On matters of Bank Guarantee

On matters of Bank Guarantee

Let’s elaborate further, the bank guarantees payment of an agreed amount to the creditor if the debtors are unable to pay said agreed amount. Of course, this guarantee comes at the cost in the form of interest on the guaranteed amount over a set period of time.

Carriers usually request for a bank guarantee that is more than the cargo invoice value.

If the cargo is wrongly released to another consignee, and the actual consignee seeks for damage claims, carriers need to also pay for INDIRECT COST resulting from the act of wrongful cargo release.

It is not uncommon that carrier requests for 200% or more of the cargo invoice value as a guaranteed bond.

The guarantee time period for a guarantee bond is also about 2 years or more, depending on the carrier’s requirement and the interest amount payable is around 10% or more per annum.

How can we prevent having to resort to going through the trouble of preparing an LOI and issuing a Bank Guarantee? Not to mention the inherited cost of preparing the documents.

2 thoughts on “What to do if the Original Bill of Lading is lost?”