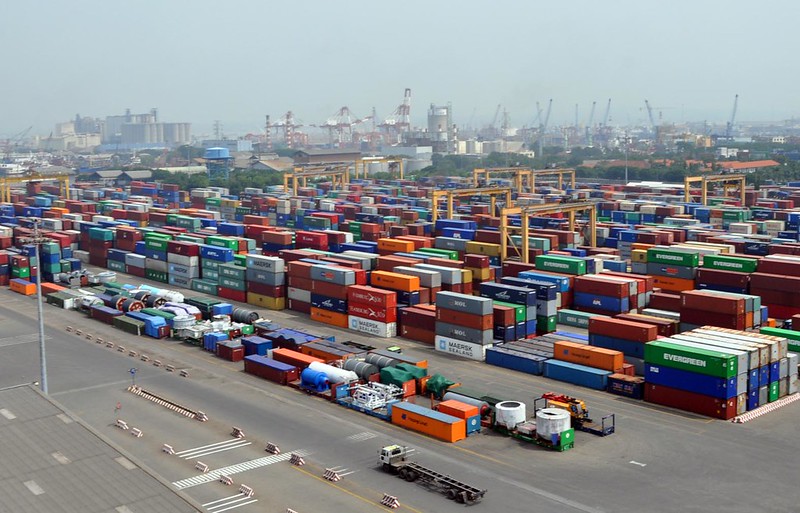 What is Vessel Delay

It is common knowledge amongst cargo owners what a vessel delay is. Factually speaking, when shipping agents notify us, the cargo owners, that the vessel has been delayed, we only can succumb to it and accept that this is part and parcel of logistics. A simple vessel delay has a Constantine effect and results in a significant cost that the cargo owners ruefully pay at the end.

In the first section, we explore what events transpired to cause a vessel delay. Then we list the responsibilities of shipowners, charterers, ports, and customs authorities that may cause vessels to delay.

It is a crude simplification that all shipment delays are vessel-related. We anticipate that readers of this article not only want to know why vessels delay, but also why the entire supply chain in general delays. Due to this, it’s only rational to look at the entire sea logistics infrastructure. The likely conclusion is that shipment delays are NOT only caused by vessel delays alone.

Essentially, vessel routing is very similar to public trains and public buses. This route is commonly known as the hub-and-spoke routing.

Ports that are strategically located to have the highest vessel traffic acts as the main port hub. The main hubs will receive the majority of the cargo from all around the world.

Feeder vessels, or smaller vessels will transport the cargoes to smaller ports in the vicinity of the main port hubs.

This is an intricate balancing act, main VLCC vessels have to arrive on time at the main hub, so as not to delay the remaining leg of the transportation.

A well oiled supply chain machine will have all the components of the transportation done just-in-time.

Now, the Constantine effect occurs when there are unforeseen delays in the beginning stages of the main vessel’s service route. There are many other reasons why vessel delay occurs that we will elaborate on.

As an example, a 5-hour delay at the loading port (due to crane damages) will delay the rest of the main vessel’s scheduled route. Once the vessel arrives at another port in its schedule, the vessel delay may be exacerbated into a 2-day delay.

These problems are not unique to those events, in maritime cargo transportation, sufficient port facilities play a crucial role in facilitating global trade.

Well-established main port hubs are in the race to invest and build bigger and more efficient infrastructures. On the other hand, shipbuilders are racing to build bigger ships to capitalize on the economies of scale.

Hyundai Merchant Marine has a fleet of vessels that has the capacity to carry 23,000 TEUs of containers. The length of HMM’s Algeciras fleet stretches to roughly 4 soccer fields in length.

Imagine, a welcoming port will have to accommodate that size of a vessel and have the necessary infrastructure to unload the containers quickly.

Here are other port facilities that need to be efficiently run in order to avoid any delay in the supply chain.

This sequence of events may be a delay that is a consequence of another root cause. More often, the port planners have prepared sufficient container yard space, but other factors such as weather, or other force majeure may contribute to a container yard issue.

Gantry Cranes, or overhead cranes, are likened to the “hands” of the container port. They hoist cargoes from the vessel and place them in the port.

The more “hands” a port has in its infrastructure, the more efficient the cargo loading and unloading process can be.

Conversely, a port with fewer than the required gantry cranes available to load and unload containers will hamper the efficiency of the port, causing undue delays as well.

Modern stevedoring service will differ from the stevedores of yesteryears, before the invention of containers, every cargo is loaded and unloaded by stevedores. This job now is replaced by gantry crane operators.

Nevertheless, containerised cargoes consist of only 30% of international trade, the remaining 70% cargoes are shipped in bulk and requires the coordinated services of a stevedore team.

With such a reliance on stevedores to unload and load bulk cargoes, any undue problems in this service will also cause unforeseen delays in shipment operation.

Pilotage and Tugboat facilities cover a variety of services, including: –

Irritatingly, this is not standard practice for the contractual relationship between shipping agents and cargo owners. The Bill of Lading states a clause for Force Majeure, some shipping agents list out the events that qualify as a force majeure, while others don’t.

We digress, but this is important, as cargo owners should always know their rights. It is a good practice to go through the “Force Majeure Clause” in case some shipping agents shortchange you.

Here is a list of events that are commonly declared as Force Majeure, which will cause vessel delays.

*Port Congestions not due to lack of port facilities

To generalize, we categorize official authorities into 4 main categories: –

The first 3 categories are local authorities, each with individual KPIs and responsibilities.

A customs authority ensures that cargo entering the port does not endanger the security of the country, local customs authority also collects taxes and levies imposed by the nation. If there is any suspicion that undermines their job, the customs have the power to detain the cargo and take necessary actions.

Both the customs authority and partner governing agency have a direct influence over whether each cargo consignment can enter/exit the port.

As you would imagine, one individual cargo on a vessel has a small likelihood of delaying the vessel on a large scale.

On the other hand, port authorities have a larger influence over the vessel’s sailing schedule.

Dangerous goods that may endanger the terminal operators need special supervision and approval from the port authority.

Moreover, any unsanctioned operation of a port terminal, unsupervised vessel safety operations, will force the port authority to step in and take action.

These actions will inevitably cause vessel delays.

An operational vessel would need to register with a flag state, in which that particular vessel will run under the jurisdiction of that flag state.

The common flag states are the ones that are termed as the flag of convenience. So, many vessels fly under the flag of Panama, Liberia, or Mauritius Island.

Within reason, a flag state control inspector has the power to detain and inspect a vessel in order to : –

Once a flag state control inspector exercises its duty to inspect a vessel, the resulting vessel delay can stretch for as long as the vessel operators take to rectify the anomalies.

The difference is that Port State Control inspectors are coordinated and implemented by the local port country.

The recent Tokyo Memorandum of Understanding provided some insight into what kinds of ship profiles will trigger an inspection.

For example, a vessel may be over 12 years old, carries flammable liquids such as oil or gas, or has been flagged for inspection many times. This type of vessel will be scrutinized closely by the port state control inspectors.

Rather conclusively, if a port state control inspectors find that there is some deficiency on the vessel, the port state control officers will detain the ship, along with the cargo on board. Ergo, vessel delay is inevitable in such scenarios.

We are humans, after all, man-made errors are inevitable even with all the latest technological advancements in navigation and safety standards.

The catastrophe that is caused by human error can be very minuscule, but also can be on a global scale. For an example, look no further than recent events that transpired in the Suez Canal – the artery of shipping routes.

On March 23rd, 2021, Evergreen’s MV Ever Given Ultra Large vessel, with a length’s span of 800 meters, beached in the Suez Canal route.

As far as we know, officials cited strong winds that cause MV Ever Given to suddenly drift astray.

But, for a canal that is over 150 years old, this kind of accident is extremely rare. Some officials report that strong winds can not be the only factor that causes the vessel to beach, human error might be at play.

The consequence, billions of dollars are wasted due to delay, hundreds of vessels are forced to reroute.

Nevertheless, human errors can manifest in smaller forms. The Constantine effect on a small human error can lead up to lengthy vessel delays too.

For instance, a vessel captain may have misjudged the time it needs to be at the arriving port, such as Colombo Port; a port that is frequently heavily congested.

When the vessel arrives at the port of Colombo, they realize that they arrived late, and due to that, another vessel moored in the only available slot.

Because the port’s berth is occupied, the captain had no choice but to anchor the vessel near the port and wait.

As you can see, a small miscalculation can cause days in vessel delay. Of course, this is only an example, modem technologies and facilities are there to stop these mistakes from happening.

There are many factors at play that will contribute to a vessel delay. However, vessel delay may stem from factors that are out of control of the vessel operator. As so many stakeholders are involved in an ocean freight arrangement, there may not be a concrete way (for now) to completely solve the vessel delay issue. All we can do is to be prepared for the inevitable.