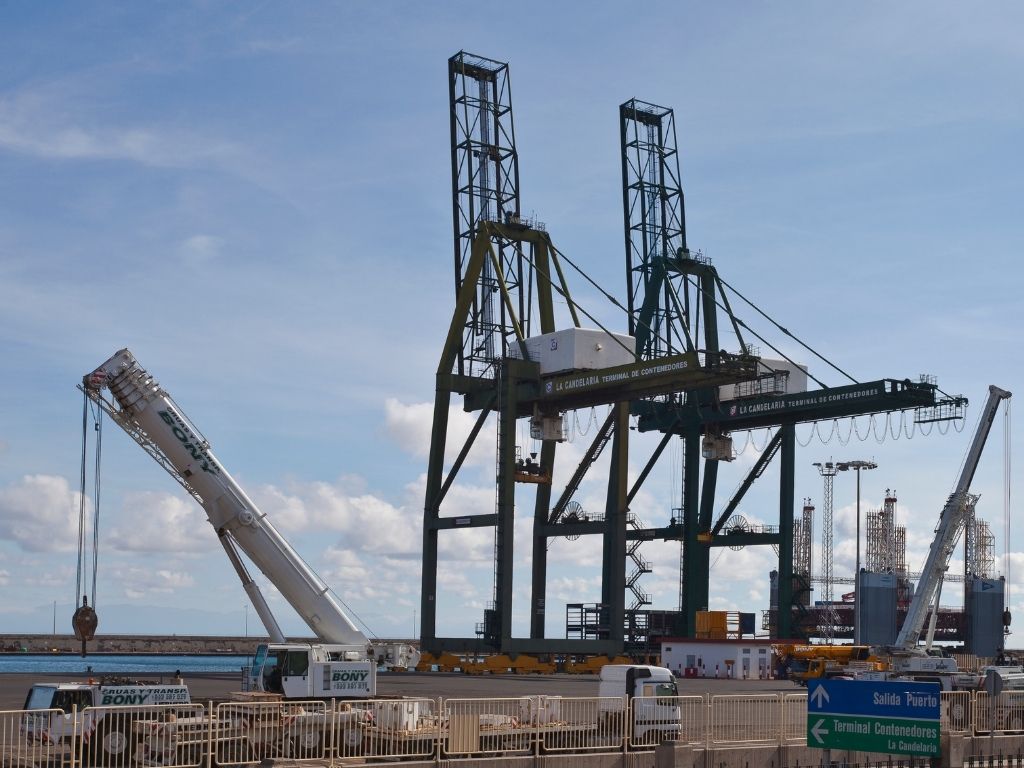 Sea Port Terminals, much like natural beehives, are hubs where ships swarm in to unload precious cargo. Every country has at least one international sea port terminal, except for landlocked countries. Ancient and modern civilizations are developed based on the advancement in maritime shipbuilding technology, and more importantly, having a functioning sea port terminal.

A sea port terminal has many functions, but the fundamental purpose of a sea port terminal is to offer an interface between land and sea transportation. Its use is amplified by the invention of multimodal cargo containers, where cargo loading and unloaded became drastically cheaper, more efficient. A sea port terminal can be viewed as a gateway to facilitate international commodity trade. Consequentially, the sea port terminal played a crucial role in globalization and impacted the way businesses source raw material, manufacture products, and deliver goods.

A Sea port terminal is the most important aspect of the global supply chain system. The World Bank administers a bi-annual survey called the Logistics Performance Index (LPI), and port infrastructure’s efficiency plays a significant role in that survey. As of 2018, Germany (4.37), Japan (4.25), and Sweden (4.24) have the top 3 ratings for logistics infrastructure.

How does Sea Port Terminal Work?

Port Terminals are situated in geographically strategic locations that allows transportation accessibility of the sea and the road.

Sea ports that rise to prominence have two key features: –

To emphasize this point, 7 out of 10 busiest ports of the world are located in China, the world’s largest manufacturing economy, and exporter of goods. On top of that, they are also the second-largest importer of goods.

An example of a port that relies purely on its geographical advantage is the Port of Singapore. The size of the United States of America is 13,673 times larger than the size of Singapore, yet Singapore is the house of the second busiest port in the world.

Located in the Straits of Malacca, which is the shortest distance a vessel travels to-and-fro the Bay of Bengal and the South China Sea. It is no wonder that Singapore is the perfect location that connects China and other regions in the Indian Ocean and the Arabian Sea.

The container throughput of Singapore is 37.2 million TEUs (Twenty-Footer Equivalent) according to Statistica.

The advent of transshipment is not an intuitive solution that shipping companies designed, rather a necessary operation that is birthed out of desperation.

UNESCAP detailed a case study of CMA CGM, a Mediterranean based shipping company that voyages as far as the Persian Gulf up to Kuwait from Europe, which requires the vessel to travel over 6000 nautical miles and take around 27 days to make the trip.

In modern times, these voyages are a common occurrence. However, this was the 1980s. CMA CGM could not profit from this particular voyage, as cargo flow is practically a one-way traffic; From Europe to the Middle East.

In order for CMA CGM to be profitable, it has to achieve two goals: –

CMA CGM came up with a solution, which is to choose a port that is in between Europe and the Far East to serve as a transit point. The port of Mina Qaboos in Oman was chosen. CMA CGM then develops feeder vessels to deliver cargos from Oman to its surrounding Middle Eastern customers.

Since then other shipping companies take this approach into its strides and adopted this transshipment strategy as an important tool to reduce transit time and increase port coverage.

Both Port of Singapore and Mina Qaboos profit from being located in geographically strategic locations, that shipping companies use as a point for hub-and-spoke transportation.

Just like airports, seaports also provide supply services to ships that berth in that port. In this day in age, sea port terminals in different countries also compete with each other in the form of services provided to ship operators. For a ship operator, it does not make a big difference if two competing transit hubs, for example, Port of Hong Kong and Port of Shenzhen are relatively close by.

One of the key differentiators that determine if a shipowner/ship operator chooses one port over the other is the port’s ship services provided.

Bunkering is a process of supplying fuel to ships for its next voyage trip. Bunker fuel management strategies are important for ship operators to optimize profits by reducing unnecessary voyage trips.

Hence, choosing the right port for ship services to refuel is also a key strategy for the ship operators. As a simple example, a person decides to make a cross country road trip with his newly purchased car. The person has to take into consideration: –

Bunker fuel management is essentially the same, ship operators has to decide: –

1. where to bunker
2. How much to bunker
3. How to adjust ship speeds along service routes

Of course, the quantity and quality of the bunker fuels provided, as well as the price of bunker fuels sold in each port also play a role. With the recent IMO 2020 Low sulphur fuel oil limits, ship operator also has to be cautious of what bunker fuel is purchased too.

Some modern ships operate with Liquid Natural Gas (LNG), busy transshipment ports such as the Port of Singapore provide LNG bunkering. That cannot be said for other sea port terminals.

Sea vessels are gargantuan, the new classes of vessels called Ultra Large Container Vessels (ULCV) have a length of 400 meters, breadth of 58.8 meters, and depth of 32.5 meters.

The captain on board is effectively piloting a vessel that is roughly the length of the Eiffel Tower. To berth a vessel of that stature requires a team.

Sea Port Terminals are required by law to provide pilotage services to ship operators. Several tugboats are deployed and coordinated to nudge and steer vessels into the port pier.

Terrorisms, Contrabands, Illegal Trafficking, and much more. These crimes find their ways into a country in various ways. One of them is via the sea port.

The International Maritime Organization (IMO) and the International Ship and Port Facility Security Code (ISPS) acts as a guide to participating nations to structure its national ports with a high level of security in mind.

Although the administration of such security is done by the customs authority and port authorities. Ship operators also have vested interest in securing its most important asset in the business; its cargo vessels. A port facility is only complete when there is a high level of surveillance technology that allows all relevant authorities and ship operators a piece of mind.

Broadly speaking, as the image above suggests, there is 2 sides to each sea port terminal: –

Sea port terminals vary greatly, the capacity of the quayside infrastructure plays a significant role in the efficiency of port operation and turnaround time.

The lesser time required to load or unload cargo containers, the more money is saved by the port operator and the ship operator.

Regarding quay cranes, some call it a container crane or gantry crane, is installed on the side of the dock.

The types of yard side cranes are as such: –

We mentioned before that the modern-day sea port terminal is designed with multimodal transportation in mind. The intermodal ability of container terminals means that those containers can be transported via sea to land or rail with very minimal turnaround time.

Therefore, sea port terminals are connected on the landside by a network of railroads and roadways to facilitate inland transportation.

Design of a Sea Port Terminal

Mega container terminals around the world routinely handle more than 10 million TEUs of cargo and serve thousands of vessels per year.

In reality, more than 50% of sea port’s container throughput is destined for transshipment. Therefore, the design of a sea port terminal is edged towards maximizing container movements in the port’s container yard.

As you can see in the image above, the sea port terminal’s berth, quay crane, and container yard are arranged as such reduce transit time.

Container vessels, with the help of tugboat pilots, are guided through the port canals until the vessel is alongside the port quay.

All of this movement is closely watched by sophisticated real-time monitoring systems and radar in a control tower.

Sea port terminals, despite the high capital investment and land requirement, still remain a priority investment for any country. This signifies the importance that a country relies on an efficient sea port terminal for economic prosperity.

It is truly one of human’s greatest engineering spectacle, one that is etched deep into our history. More likely than not, sea port terminals will continue to advance technologically and continue to feature in the world’s history.